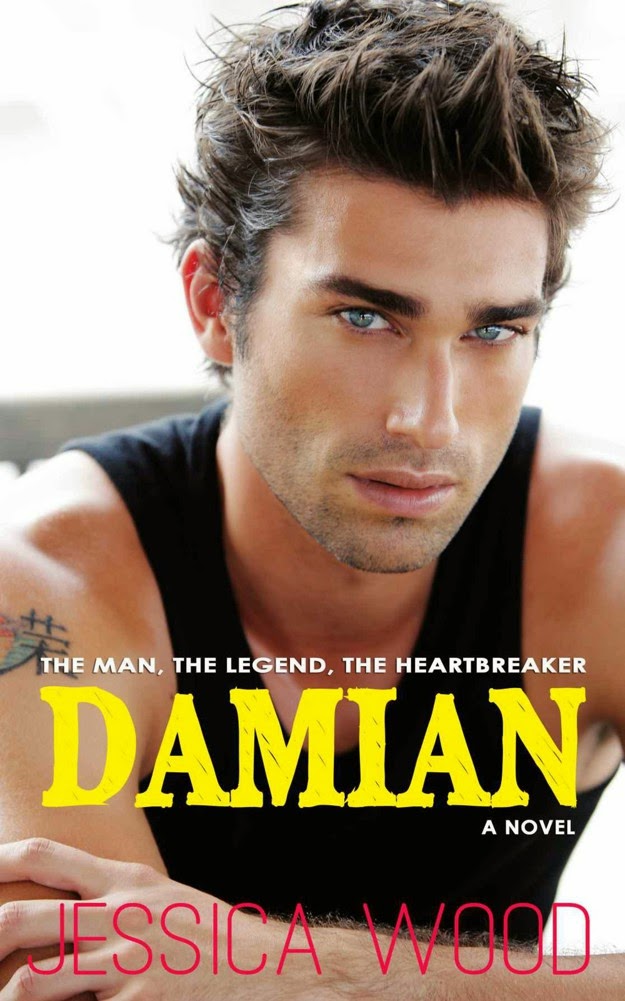 Meet Damian Castillo. The man, the legend, the heartbreaker. As a self-proclaimed man-whore, Damian doesn't believe in love or commitment. In fact, he can't remember the last time he's had feeling for a woman that went beyond hot, no-strings-attached sex. The only things he cares about are his bar, his appearance, and his needs. But then he meets Alexis. Meet Alexis Blythe. A small town girl that has lost a lot of love in her life. Wanting to leave her past behind her, she moves to San Francisco looking for a big change. Yet, despite everything she's gone through, she still believes in true love. But then she meets Damian. When Alexis shows up into his life, Damian's caught by surprise. She's different. She's sweet, innocent, and feisty. But above all, this woman didn't respond to his charm and piercing-blue eyes the way every other woman did. To Damian, she's his ultimate challenge. Could Alexis be the girl that will break through Damian's wall of perpetual bachelorhood without getting hurt? Or will Damian remain true his ways and break Alexis's heart and her hopes of true love?

So let's just start with the positive.It does have it's moments... Though mere moments they are.

This is quite well written, actually, which is why I finished it. And I think if the writing style would have been bad, I would have felt less ...well.. disappointed, but as it is I am just asking myself, why?

The Character building was kinda interesting. There is a clear visible attempt made to make the two MCs unique-ish. Sadly it was not quite successful. It was very promising at first and then just fell short, because it was completely overshadowed by the storyline and somehow it felt like Wood didn't dig deep enough. There is too much cliche going on here for starters, but that could have been remedied if it the characters would have had more depth, if Wood would have gone on and depend what she started...But instead she relied on the plot. It's sadly a plot driven novel.

The story line- well, the story line --- let me give you an outline:
So he is a tots manwhore- but he is the most beautiful male, just freakn perfection.Just a male dripping with gorgeousness. And with the most fabulous cocky douche lines ever to grace the world. He is so full of himself confident.
EVERY woman wants to f@$* him, literally EVERY female -oh yes they do! trust me every single one of them- and they will do whatever it takes... WHATEVER it take...
BUUUUT he doesn't do commitment... EXCEPT he has this special connection with HER
*drum roll*
queue insta-Ls....
The HER is clumsy, immune to his wooing, down to earth, girl-next-door and while super gorgeous totally unaware of it
Naturally she knows he is trouble EXCEPT she has this special connection with HIM.
Get the picture? Yeah, I guess it cute & fluffy cliche-ville. And I would probably rated this a quite a bit higher- if this would not have been just a string of cliches added up.There is a pottery wheel scene in this book as well and I was simply wondering why on earth would anyone touch that scene? It was done so big time in Ghost - that it is never going to be salvageable like ever. I also should mention, my biggest worry didn't come true, Wood didn't make it all sexy, she turned it into a fun scene, still it was a cringe worthy one as well.
There is the big drama at 75%- and I actually found myself kinda surprised with the fact that I cared. Which I decided was down to the good writing style... Then it's all happy clappy and the perfunctory cliffy. Now the happy clappy just put me off. It so beyond cliche, so grand gestures and statement, it feels fake, over the top and well, it made my eyes sore. Seriously. And I just couldn't care anymore. And then there is the cliffhanger. *snorts* Dude, can you say predictable? Want me to give you a run down of the next book? Trust me I could! But really I couldn't even give a fig!

So someone tell me: WHY?

Why just string up cliches? Why write this? Why add the pottery scene? Why use the words: "That was amazing" after and during every smut scene?
And WHY did I spend my precious reading time on this?? Why didn't I just DNF?
But mostly, why would anyone read the next book?!