More Than You Know by Alexandria Rhodes 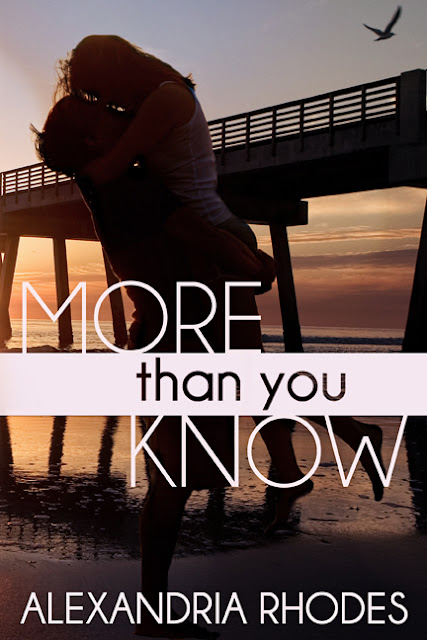 To Be Release: End of April
Genre: New Adult Romance

After surviving a devastating car accident that took her father’s life, Bryn Woods feels as though she has nothing left for her in her hometown of Savannah, GA. Her boyfriend, Tyler Wilson, has left town suddenly leaving her alone. She leaves Savannah for college in New York City to escape her heartbreak.

Four years later Bryn receives a phone call pressing her to decide whether to sell her father’s house or move back home. Unable to bear the possibility of selling it, she permanently moves back to Savannah.

Hesitantly, Bryn lets the people of her past back into her heart as she gradually feels the protective walls she built crash around her. As she finds love again with Tyler, secrets start to unravel about his past. Bryn realizes there was more to his goodbye he gave four years ago. Tyler has secrets of his own—secrets connected to the death of Bryn’s father. Secrets Tyler didn’t even know he kept. 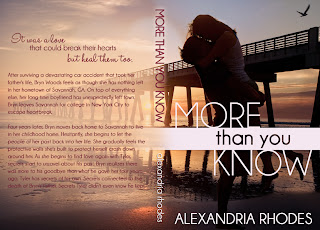 Quotes From More Than You Know:

“Bryn,” he said. “Do you know how much I love you?”
I smiled and answered with a hint of sarcasm in my tone, “Well, I’m not quite sure.”
“No, I’m serious,” Tyler said, turning over onto his side so that he was facing me. His eyes were serious, something that I only saw when he really had something to say.
“Yeah, I do. It’s the kind that hurts so good, right? Almost like you can’t breathe without the other person and the only thing that keeps you sane throughout the day is knowing that you’ll see that person soon enough. Nothing can come between you and that person. You would do anything for them. Be anyone they need you to be. Without thinking twice, you know you will be there, no matter what. That’s what loving you is to me.”

“He walked over to the piano and lifted the cover revealing black and white keys that my fingers knew all too well. “Play for me?”

I looked at the piano hesitantly and I felt the passion start to grow back inside of me. My fingers itched to play and suddenly my body was moving towards the piano and I sat down, my posture back to where it should be, my fingers hovering over the keys ready to play a song that I hadn’t heard in years.

I closed my eyes and slowly breathed in and out. And then my fingers flew across the keys, the music filling the room. The music moved me both emotionally and physically as I rocked my body to the music, putting all of me into the song. The music took me to a different place than where I was here and now. This is the melody I always seem to come back to, always finding myself lost in the notes. The song is a part of me as it tells a story. A story about loss and recovery.” Alexandria Rhodes is a first time novelist from the good old state of Ohio. She is a recent college graduate with a degree in English and Creative Writing. Alexandria has always known she needed to write and has been doing so ever since she bought a typewriter at a garage sale when she was nine. With hundreds of pages of plot ideas, scripts and character descriptions, it is no surprise that she finally came around to writing a book.

Alexandria enjoys reading, writing, reviewing, spending time with family, tweeting (a little too much) and traveling, especially to Savannah, GA and New York City.
Her writing is heavily influenced by her surroundings and the people in her life. She hopes that her stories will touch the hearts of her readers.