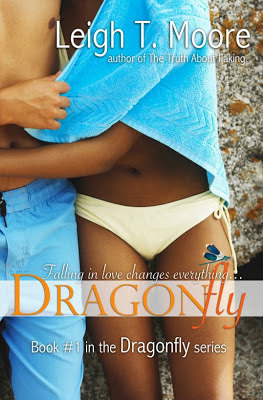 Anna Sanders expected an anonymous (and uneventful) senior year until she crossed paths with rich-and-sexy Jack Kyser and his twin sister Lucy.

Pulling Anna into their extravagant lifestyle on the Gulf Coast, Lucy pushed her outside her comfort zone and Jack showed her feelings she's never experienced... Until he mysteriously withdrew.

Anna turned to her internship at the city paper and to her old attraction for Julian, a handsome local artist and rising star, for distraction. But both led to her discovery of a decades-old secret closely guarded by the twins' distant, single father.

It's a secret that could cost her the boy she loves and permanently change all their lives.

I actually think loads of people will love this novel. I personally was really not that taken especially by it for the first half. I wouldn't have even bothered reading the sequel at that point. I thought, its too cliche and nothing new, not really my kinda thing. And yes, very gossip girl. Which is kinda fun to watch on TV, but read?  Just not really my cup of tea.
And then somehow the plot took another twist and turn and I'm dying to read the next novel! Which is there reason this got 3.5 Stars.
I found the second half way more interesting and inventive than the first bit. But not only that, I felt the character building suddenly improved as well. Still I think its quite predictable, has tons of cliche characters and situations. But it's also rather entertaining and captivating.
Neither the character building nor the writing style took my breath away, but they are fairly well done and made this a pleasant read. And there were some intense scenes that Moore did bring across pretty well.
In the end I got to say not only my rating but also the novel is mostly plot driven.
My biggest issue? I hate love triangles and was mostly about a love triangle. Have I chosen a team? Hell yeah! Julian! A tattooed hottie artist wins any day in my books.

This is a breezy, fun and sexy beach read which leaves you wanting the sequel.