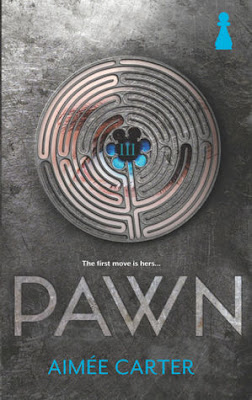 Publisher: Harlequin TEEN
Series: The Blackcoat Rebellion #1
Pages: 346 Pages
Genre: Dystopia, YA
Release Date: November 26, 2013
Summary:
or Kitty Doe, it seems like an easy choice. She can either spend her life as a III in misery, looked down upon by the higher ranks and forced to leave the people she loves, or she can become a VII and join the most powerful family in the country.

If she says yes, Kitty will be Masked - surgically transformed into Lila Hart, the Prime Minister's niece, who died under mysterious circumstances. As a member of the Hart family, she will be famous. She will be adored. And for the first time, she will matter.

There's only one catch. She must also stop the rebellion that Lila secretly fostered, the same one that got her killed, and one Kitty believes in. Faced with threats, conspiracies and a life that's not her own, she must decide which path to choose and learn how to become more than a pawn in a twisted game she's only beginning to understand

In theory I should love this, but on paper? It was ok, it was good but I wasn't amazed or take by it. I think the best word to describe this is interesting. And it took me quite a deal of thinking about it before I could even determine why I wasn't wowed.
See this has a fast paced plot with lots of twists and turns (some really surprised me, others were totally expected) - there is lots of intrigue, a dark setting, light romance, power games, a murderous family and mistaken identities. So all things I should really like, right? Also the overall idea is really clever. The rating system, the introduction of the pawn/ chess, the question of power and clearly Carter wants us to think about who we would choose and what's the right thing to do ect.
But it fell short in the execution. Which by the way makes me wonder if this is too ambitious of a book to be good as a YA?

When I started reading I thought this might be another Hunger Games Clone. But to my delight I quickly was proven wrong. While it has tones of Collins Bestseller. Carter did go a different way, thankfully.
Though I like the plot for probably three quarters, I felt it was a bit too much at the end. All those mistaken identities and all those twists and turns just felt a bit too labored, too thought out. It's a real shame, because I feel like the last quarter - it's super drama - drowned the really clever ideas behind the book.
Another issue were some of the summarized story lines. I wanted to know what Kitty spoke about. I wanted to feel connected to the crowd and not just been told it was amazing. Hell, I'm not one for grand speeches, but that was an important step in Kitty's journey- I wanted to see what Knox saw and be wowed by her speech - or annoyed. Anything. But I was given a quick summary.  And kinda forgot about it instantly because of all the stuff that kept on happening. This isn't an extremely long book so there would have been space to elaborate, maybe Carter is holding out on certain things for the next couple of books, but I felt kinda robbed by those summaries and I kinda unconsciously brushed those things off, and didn't connect to the characters as a result.

The world building was patchy. The only way I could describe it. I love the idea of the numbers ranking system. I love the idea of the power system, Elsewhere, the family situation... it's great. It has some surprising new takes on Dystopian. And it does remind me of great classics at times. But we were not given enough detail. There was very little fleshing out and while the plot keeps you busy enough to not notice it painfully. It still is missing. Carter didn't describe much of Kitty's childhood home,as example.  I have no clue how it might have been. I don't know how most of Kitty's world looks. I am hoping Carter will be going into more detail in the next books. Because what she gave us so far, this has amazing potential

The character building was the weakest part of the book in my opinion. Again I think there is potential. And I have hopes for the following books.
There is a relatively big cast. The characters are slowly introduced over the book. The entire book is written from Kitty's POV. So naturally one gets to know Kitty best and connects to her the easiest. My biggest issues with Kitty is that her emotions seems a bit flat at time. All that terror! And she kinda brushed it all off. I get she is kickass to a degree but she is also only 17- she really didn't sound or feel 17 at all!
I did like her little handicap. It's one of those clever nuggets Carter has strewn throughout the entire book.
I really didn't feel her connection to Benjy. I found it actually rather annoying, I felt like they more of brother and sister.. then Benjy acted all jealous and I was a bit confused by that. It felt put on, simply because the two have no chemistry.
Also I can't say much about Benjy other than that he is kind and intelligent. And apparently loyal to a fault - oh and jealous. He seemed like a bystander in the storyline - the sacrificial lamb.
Knox was more intriguing- but again, how old was he supposed to be? not much older than Kitty right? I think he came across more like mid-late twenties! Btw should there be a (dreaded) love triangle ever.. I'm Team Knox! Knox was probably the one support character that I could at least a bit relate to. But again I could say very little about him. Well he is intriguing- and I have hopes for him
Lila was.. uhm... well she was totally disappointing. So cliche! How irritating! I didn't expect mother Theresa but the picture Knox and Celia gave and the person she was? It just didn't make sense.
Celia was for the first three quarters of the plot quite a good character. But then, it all didn't make that much sense. Because reveal after reveal and twist after twist her actions simply didn't match up. Her personality was all over the place. And her "break-down"made no sense when finding out her previous actions.
Augusta was your typical villain. But maybe she was too typical or to caricaturistic, I don't know. I could feel the terror she was supposed to install in people. Her actions and decisions not once surprised me.
The same goes for Daxton. Though there is a bit of mystery around him- I can't wait to see where Carter is taking this character!
Greyson is the odd one out in the family. He is quiet and intelligent. Everybody underestimates him. But my issue is his relationship with Lila. Her character and their friendship, make no sense.  He is another character that has incredible potential. But we were only given tidbits so far.

I had never read any of Carters books before. Her writing style is crisp and to the point, much to my liking. I wish she would have elaborated more on certain things


Saying all this... I also have to say, I still enjoyed this. Yes, it was an interesting read. I enjoyed every page of it and I am looking forward to the next installment.
There are many fabulous details in this book- I can see lots of thought being put behind all those things.
I think this has huge potential. And small changes could have made this a great book.
This is a book for fans of the author and lovers of the genre.