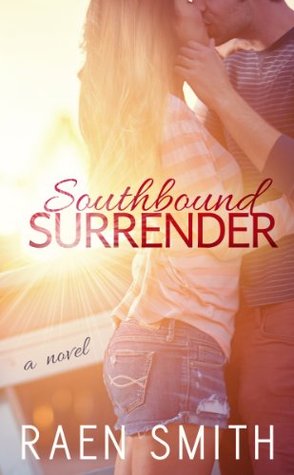 Cash Rowland first laid eyes on the tenacious and irresistible Piper Sullivan when they were both seventeen. He falls for her hard and just when he thinks she's doing the same, Piper is torn from his life without warning. She leaves no contact information but only a vague promise of fate.

Five years later, their paths unexpectedly cross. When he shows up with his eighteen-wheeler unannounced, Cash persuades Piper to head out on the open road to give him one last shot at love. But what should be a routine delivery across six states suddenly becomes an unforgettable journey when they save a woman with a broken past and discover that second chances are only for the lucky ones

I finished this yesterday night and it left me at odds. Because some things are really wonderful and others weren't that great. So this morning I am still at the same dilemma; How to rate this?

Well it's good. So three stars. But this is seriously well written. So it's kinda more. It's not really good though. So my most popular rating it is 3,5 Stars


The story line of Southbound Surrender was probably my least favorite part. I love anything to do with traveling. And since a lot of the book happens on the road, you'd think this was my favorite part. But well it wasn't. While Cash and Piper might be on the long road together, this wasn't actually really about their travels, more about their journey together.  On a side note, I totally would have gone with Cash on the truck ride at their age! The best way to know if you suited is to travel together. Welll, then I am the girl who met this guy on and a couple of months later went on a 4yr trip....  I might be biased a bit when it comes to some of the things. But I promise not much, we didn't travel in a truck after all.
I did request this on Netgalley because of the traveling bit to be honest. It sounded like my kind of book. But as I said, while this is set to a big part on the road, I don't think it's a significant part of it.
I enjoyed the story line until about 70% of the book, then it was more like a blockbuster rom-com than the book I had started.
I mean the stuff that happens to them, right from the beginning. It's fun and cute and yeah some of it a bit cliche but then Smith took it to far with the police thing, at least in my opinion.
I loved the truck station sarnies, the swim in the rain, the trivia game - though yeah, thinking back, it has rom-com block buster written all over it. Amazingly at the time, I didn't really notice it.
Then the was the big twist - and honestly I really really didn't expect this one. AT ALL. Which is so refreshing, I mean normally one sees the big drama coming in a mile away, and I nearly always guessed the secret before had. But this time? I was totally knocked off my feet, because I didn't see this coming nor would I have ever guessed it.
But then the twist it self, was a bit meh. I did love the Carnie scene. Carter, le sigh, is one awesome dude! Again said swoon-worthy Carnie scene, totals rom-com blockbuster...
And so was the end. Which while it naturally was what I wanted, it was sort of not that satisfying funny enough. Maybe because it was too sweet and perfect all over sudden. I don't actually know why. I do know that a hell of a lot of readers will grin and happy-sigh over it though. Just like with all of the rom-com moments that kinda bugged me.

This is all about insta-love, Love at first sight, the one and all that. Which, yeah exactly!, I really don't fancy. But here is the shocker: I didn't mind. Well there were small parts where I was slightly annoyed about it, mostly I really didn't mind.

Which I attribute in part to the character building. Well, Carter's charater building to be exact. This is written from his POV. Oh not only that, it's written as if Carter would be telling you the story. Charter is witty and fun, obsessive  (5years is a freakn long time) smart and in as he says, a details guy. I totally related to him and more I feel like I got to know him. He feels more like a friend than a charater - ok that sounds so creepy imaginary friend, but I can't actually describe it better. Over the course of reading this one gets to know Carter really well.
All the other characters one gets to know as Carter sees them. Piper stayed a mystery to a big part, she is obsessive (all that pink!), fun, intelligent and a little crazy but that's all we really are given about her. Hudson is the bestie, loyal, handsome and the typical guy best friend, Big Dave is broken and lost somehow, but has a heart of gold and in all his hippy glory really loves Carter.
After finishing this I actually thought, well most side character are a bit rom-com blockbuster as well.. well, they are. But I actually care about them, because Carter does. Carter is so well written, that none of that matters. All the other characters in fact feel like people my friends told my about a lot. You know them but you haven't actually met them yet. Which in the setting of this book. Well it's perfect!

My favorite part about this was Smith's prose. It's awesome! Seriously! And you know that's the most important part of a book for me. Smith made Carter come alive for me and more so she is seriously witty. There are so many amusing moments in this one, the banter was fun, but Carter's point of view of things made me grin over and over through the entire book. But there are also beautiful descriptions and heartfelt moments. I am definitely going to read more by Smith, because I totally fell in love with her writing.

Remember how I said this was all about love at first sight. Well it was. But it was also about meant to be, fate, the One and perusing what you think is meant to be. Again I am avers to the insta-love thing and I don't believe in the One. So some of this was not my cup of tea. But I do believe that there are things that are meant to be, that there are signs around you and that if you believe you want something as badly enough it's worth pursuing. The sign thing was put on a tad bit too thickly for my taste. But seriously most lovers of the genre are going to adore this. And I did get why Carter did what he did, I actually know that while I don't see eye to eye with some of his convictions, I would probably done the same things as Carter and Piper at their age. Actually I saw a lot of Piper in me - well except my colour of choice was not pink... it was black
Would you have asked me about this yesterday night, I would have told you it was too much about serendipity for my taste. But after sleeping on it, thinking on it. I realised that Smith did have me thinking on all that stuff- which moved this one out of the simply cute & fluffy bracket. It just snuck up on me and I am quite impressed by that actually.


So the bottom line, this is fun, cute and surprisingly thought provoking
My biggest issue is that the storyline felt too much like a blockbuster movie. On a side not it did remind me a bit of Serendipity (the Cusack Movie) which is a really good thing. But Raen Smith has written herself into my heart and I am looking forward to reading more of her works.
Oh and if this would be made into a movie, I probably would go and watch it.. though I am not sure I would broadcast it, I got a hardass reputation to protect after all.