Review: Whiskey and a Gun by Jade Eby 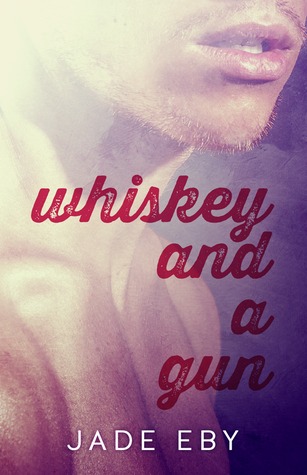 Whiskey and a Gun by Jade Eby

But that's not what happened.

I don't know if I can control it much longer. This insatiable need to kill the only good thing in my life.

But this isn't her story - it's mine.

WOW!
This left me shattered!

We'll never be like our parents.We're not drug addicts or alcoholics. We don't beat each other. We are not them. Promise me: we'll never do these things to our kids.


Whiskey and a gun is the prequel to The Finish, which will be published this year.
It's only 63 pages long, so not even an hour to read. BUT Eby took me on a roller-coaster of emotions and left me with much to think about.

It's written from Carter's POV and gives you a good insight to him. His hopes, his views and his downfalls.

This is disturbing. It's violent and heartbreaking.
Would I have read this knowing what was coming? Probably not. I really can't stand domestic violence. I don't think there is ever an excuse. But let me tell you, I can't wait to read The Finish. Not just because this one end on a freakn' Cliffy (oh and there isn't even a release date set for the next one! HELP!!!) but because Eby got under my skin. I feel like crying, shaking Carter even smacking him!

But mostly I will have to think about all the thoughts that are swirling in my head. Are we doomed to become who our parents are? Is there a way to break that cycle of violence?
How many men argue just the same way as Carter?
Why did Tawny let it go so far?

I am still shocked that I actually liked this. As I said, would you have told me yesterday that this is about all that- I would have thankfully declined the ARC. I mean I expect broken, I like a smidgen of broken after all, just not this broken and messed up. More so I would have sworn I would hate it. BUT as you can see from my gushing it totally didnt.
Which is due to Eby's amazing writing. Her pacing is perfect. The chapters go in two years intervals. She gives just enough to finish the picture and makes you understand. She not once covers over or makes it more beautiful. No she tells an honest story and with her writing style has given Carter a voice that feel disturbingly real. I had no issues connecting with him- though he is a total idiot, no questions asked! I still wonder if he had any other chance? Was he always headed that way? And here lies the heartbreaking truth behind this, it's not black and white. Don't misunderstand me, I never would condone this behavior, but my heart aches for Carter. He is lost and broken - and I honestly don't know if there was ever hope for him.

So all I am left with is my broken, shattered heart, my contemplations and stalking the release date of The Finish

An author to look out for!