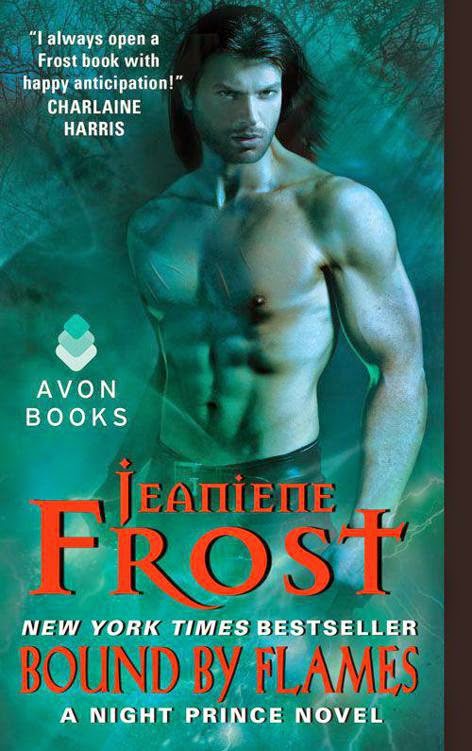 Play with fire, pay the price.

Leila’s years on the carnie circuit were certainly an education. What she didn’t learn: how to be a vampire, or how to be married to the most famous vampire of them all. Adjusting to both has Leila teetering on a knife edge between passion and peril, and now the real danger is about to begin…

Vlad must battle with a centuries-old enemy whose reach stretches across continents and whose strength equals his own. It isn’t like Vlad to feel fear, but he does…for Leila, because his enemy knows she is Vlad’s greatest weakness. As friend and foe alike align against him—and his overprotectiveness drives Leila away—Vlad’s love for his new bride could be the very thing that dooms them both…


It was simply disappointing. EXTREMELY so.

Around halfway through I was actually going to DNF. But I didn't. Only because I do love Frost. She is a great author. Her writing style is awesome, she writes great action scenes, enticing smut and makes my jaded heart sore- and always gets me at least smirking.
And she did do all those things in Bound by Flames.
Buuuut the plot?! It's the variation of the same story over and over and over. I felt seriously annoyed by it- even cheated.
So I went and read two other books- and came back to BbF and struggled-STRUGGLED- through it.
And I was glad for it. While at 70% I was going to give this 1.5 Stars and rounded it down... The last 10% made this well worth it.
The bromance was just simply and utterly worth it. Really. Trust me, it's what saved the series for me. Oh and the one little twist in the super boring plot I didn't anticipate...


Well, let's list the good, the bad and the ugly shall we?

Great writing- Really! Frost does know her craft. She is still one of my fave PNR authors, probably will have to do way way worse than this for it to ever change.

Smut - Let's face it: We all still reeling from the Cat and Bone ones- but Laila and Vlad's have nothing short on those. Frost does write incredibly good smexy times - and this is coming from someone who does not care much for smut usually.

Laila and Vlad chemistry - It's what got to me in the first two books of the series- and it's still there. Still amazing, still not only believable, but desirable. They strengthen it and build on it even more, and most importantly that is written in the most believable way.

The world building - in some ways not much new,but a slowly ever growing world, that is still freakn awesome.

The humour - Frost gets to me with her dry witty humour. Every. Freakn. Time.


Character building - some of this is awesome. Other bits not so much. So this is the good and the bad. Some of it, was totally been there done that, other bits were soo soo good. I am not sure I fancy the villains in this. And by fancy I mean, they are kinda unbelievable.

Motives - Sooo they are what? 500years old?! And some of their motives are.. DADDY issues?! for real?? or petty jealousy?? FECKN HELL! sorry. Excuse my french, but I am in my thirties. AND I am freakn over shit like that. 500 years... and you still groveling over THAT crap? Childish much? I really find it beyond UNBELIEVABLE.

Plot - it's the same every book. Fight, make up, getting captured, getting tortured, fighting free, making more enemies and allies, big show down, death, throw in some magic and new abilities..... oh and getting hitched.
The end.

WHY???- This made me wonder WHY this has FOUR books. I don't see the merit of this one. AT ALL. Why not write 3, cut out some of the repeating bits, or most of them anyway. I could have just loved the series felt all gushy and happy. And Frost could have used the time to write a new series.. Or an Ian book? You know use our time for something better, it would have been beneficial to both of us. I am thinking of the greater good here.. just saying.

The rating- it pains me, honestly it does. I wish I could give it 3Stars.. but really until the last 10% I would have given this ONE miserly star. So 2 it is.
But I will be reading the next one... :)

The barest smile twitched Vlad's lips."Rather ruins the moment doesn't it?"Maximus's mouth curled faintly as well. "Good thing neither of us is sentimental."