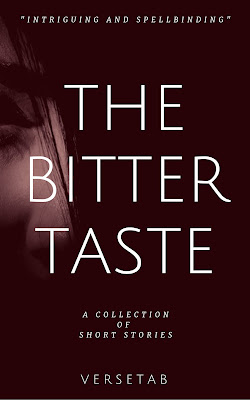 The Bitter Taste: A Collection of Short Stories

Dive into the worlds of eight (8) sensational writers as they create engaging stories that will leave you spellbound the moment jump in.
The Bitter Taste is a collection of short stories written by eight writers from across the globe. Each story has been written to give different renditions of the title.
“Lena is on the brink of divorce from her estranged husband, Daniel, and she is doing everything in her power to make his life miserable. But decisions made the night after a confrontation will change not only Daniel’s life but hers as well.” – The Georgia Peach that Spoiled by Ny Qunaa
“After moving back to her hometown, Sasha figures out that honesty and love don’t come from the same bottle” – Bottles and Basslines by Sarah Cooke
“They say when death knocks at your door, your life flashes before your eyes. However, is it enough time for someone to redeem themselves before it’s too late?” – Redemption by Ruthie
“Only one decision can change history as we know it. Jenny doesn’t know what the future holds but she is certain of one thing, there can never be a future for her in the village with her grandmother.” – The One Way Trip by Kelvin O’Ralph
“A popular young woman questions the value of her own life after receiving a devastating diagnosis.” – Fireworks in Winter by Ameenah M. Hassan
“This story explores the mental trauma that lingers in a sexual assault victim for the rest of her life and how she puts an end to her agony.” – The Frozen Dish by Benazir Mungloo
“Tony still clutches onto an old guilt while others moved ahead erasing the memories left behind. Acceptance and forgiveness will not be seen without reliving.” – History Lesson by Silvia Latife
“Here is a story about a man who realizes that even though he has achieved a lot for himself, he has missed out on the most important moment in his life.” – The Little Things by Ignacio Bandoni

The Bitter Taste on
Versetab | Amazon


Story 1 -
The Georgia Peach that Spoiled by Ny Qunaa

It was hot outside the courthouse. Sweltering hot. It was the
kind of hot that could make a Georgia Peach spoil in the summertime. Lena sat
outside on a wooden bench that faced the courthouse and stared at Lady Justice
who stood on top of the clock tower on the historic Renaissance Revival stone
building. Lady Justice looked worn with defeat in her eyes.


Twenty minutes passed. The beads of sweat that were on Lena's
forehead began to roll down her face. It was too hot to wear all black in the
Georgia heat, but she was mourning, mourning the death of justice in the legal
system.

She sat on the bench flabbergasted by what the District
Attorney told her. The DA called Lena on Monday and said that she wanted to meet with her to
discuss the case. Lena told the DA that she would be available to meet at the
end of the week. So Friday the 13th at high noon was when they met. Imagine meeting someone on an
unlucky day during the time of a decisive confrontation. She didn't expect to
hear good news so she wore black in anticipation of what was to come.

"Good afternoon, Mrs. Whitfield," the DA said as
Lena walked into her office.

The way the DA greeted her was grim, so Lena knew the meeting
was not going to end well.

"Look, Mrs. Whitfield, I'm going to cut right to it. Mr.
Whitfield's lawyer presented evidence that hurts your credibility. Because of
that, I am not going to prosecute him."

"But I have a recording of the incident. It should
surely be enough to prosecute him."

"OK, let's listen to it," she said skeptically.

Lena played the tape. It replayed verbatim everything that
happened that early morning in November.

After the tape had stopped, the DA looked at Lena aloofly.
"Mrs. Whitfield, I cannot use the tape as evidence. Mr. Whitfield did not
say anything to you in an aggressive manner nor did it prove that he hit you.
It shows that you were aggressive towards him. Based on that and your lack of
credibility, I am not going to prosecute him."

"This legal system is rigged," Lena said as she got
up to leave. She picked up her purse and stormed out of the DA's office.

"What is wrong with the legal system?" Lena
thought. "The system is supposed to protect victims like me and instead,
it slapped me in the face by dismissing the charges. The DA is just another
person that my narcissistic, soon-to-be ex-husband manipulated. How could she
not see how conniving he was?"

Lena began to think back to that early morning in November, a
day that started off ordinary and ended up with her lying on the ground. 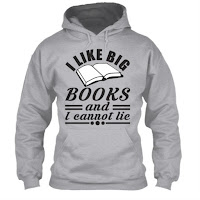