Blitz: The Caging at Deadwater Manor by Sandie Wil 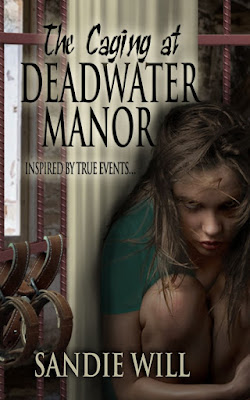 The Caging at Deadwater Manor


Time is running out for Jeannie, a young girl taken against her will by staff at Deadwater Manor - a psychiatric hospital with an unscrupulous past. Inspired by true events, this is a captivating story where Jeannie shares her heart-wrenching experience while undergoing treatments that will make you cringe.

On a cold, January evening, fourteen-year-old Jeannie Kynde is told that her beloved mother drowned in the murky waters along Florida's Gulf Coast. Her distraught father turns on Jeannie, no longer the caring father she once knew.
Four years later, Jeannie is finally old enough to escape her father's clutches, but he has different plans. He imprisons her at Deadwater Manor, a psychiatric hospital with an unscrupulous past.
Will she be locked away forever? Or can she fight against the nightmare that has now become her world?

Note from the Author:
Hi everyone! I am a thriller/suspense Indie author. I write primarily in the YA/NA genre. My debut, The Caging at Deadwater Manor, was just released on March 31 and was written for mature young adults (16+) and older. This book has been professionally edited and the cover was done by a professional artist. I strive to provide high-quality books that stay with you - so I hope you'll find it an enjoyable read. The story evolved from experiences my dad had during short periods of his career at psychiatric hospitals. He shared patient routines, treatments, hospital layouts and stories, but the book primarily evolved from a discovery he made in the attic—something that unnerved me enough to bring this book to life. Though the story is fiction, I've intertwined much of the information shared by my dad and research I performed while writing this book.

About the Author
Sandie Will is a young adult novelist who lives in Tampa Bay, Florida and works as a manager and geologist by day. She has written two novels and is currently working on her third. Her first novel, The Caging at Deadwater Manor, is a young adult psychological thriller that will be released on March 31, 2017. Her second is a time travel and her third will be another psychological thriller. She has been married to her husband, Charlie, for 30 years and they have two sons. Their home has been blessed by many laughs, hugs and one-too-many beer pong parties with college friends.
Author Links: 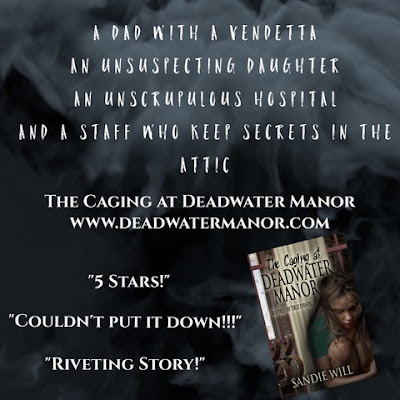