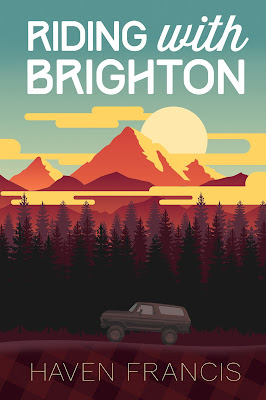 In the small town of Spring Valley, molds weren’t made to be broken, and high school senior Jay Hall’s been living comfortably in his popular jock one since adolescence. If it weren’t for the colorful, outspoken artistic anomaly Brighton Bello-Adler, he might have been willing to remain there. Unnaturally drawn to Brighton, Jay knows he needs something from him, but is he ready to find out what that something is?

Temporarily ditching his old life, Jay climbs into Brighton’s Bronco and finds himself on a whirlwind road trip through parts of his small town he didn’t know existed. When the excursion takes an unexpected turn, Jay is cracked wide open, and the person who’s revealed does strange things to Brighton’s heart.

But just when it appears they could be headed toward their own shared piece of paradise, the road takes a sharp right turn into Jay’s life—where the real trip is about to begin.

In an unconventional love story that defies labels, two young men embark on a journey toward growing up, coming out, and finding their place in the world. It’s a trip that ranges from heartbreaking to uplifting, funny to sweet, but always unique and personal.

An escapist filled with wanderlust, writing is Haven’s responsible adult version of getting in the car and driving without aim. Reading and music are close seconds. She and her husband can often be found checking out their favorite bands locally or hundreds of miles away via road trips. Reading is something they don’t have in common, but he tolerates her dimly lit late-night habit.

Haven once made a living writing about trends in interior design but thoroughly enjoys that fact that people, unlike furniture, can fall in love. She especially loves when they fall desperately and into a forbidden kind of love. Haven also works as a graphic designer but considers Mom her most important title.

She has a slightly embarrassing fascination with the period of life that sits awkwardly between childhood and adulthood; the years when nothing is certain, lots of mistakes are made, falling in love is inevitable, and finding yourself is a struggle. For her it’s a fun place to escape to and she hopes her readers agree. 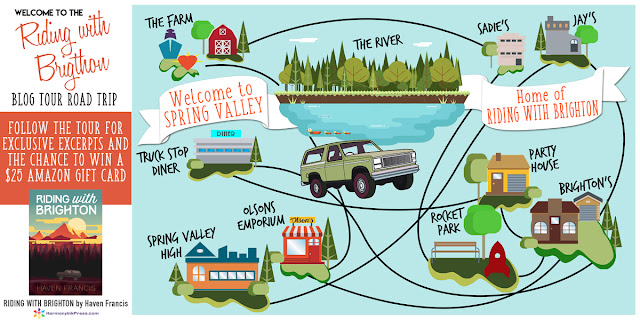