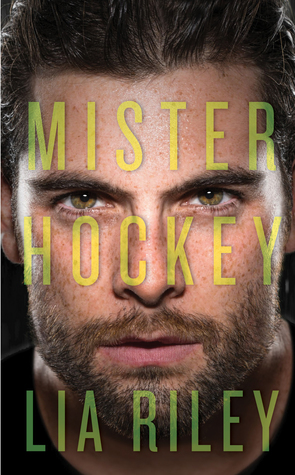 Her biggest fantasy is about to become a reality. . .

Jed West is Mr. Hockey. The captain of the NHL’s latest winning team, the Denver Hellions–and the hottest player on the ice—at least according to every magazine. .and Breezy Angel. Breezy has been drooling over Jed at games for years, and he plays a starring role in her most toe-curling fantasies. But dirty dreams don’t come true, right?

Then Jed saunters through the doors of her library, a last minute special guest for a summer reading event, and not only is he drop dead gorgeous up close, his personality is straight up swoon-worthy. He even comes to the rescue when she has an R-rated “Super Book Worm” costume malfunction. But when he mistakenly assumes she’s more into books than pucks, she’s too flustered to correct his mistake. And then comes a big kiss, followed by a teensy-tiny problem. Jed’s dating policy is simple: Never date a fan.

So what’s a fangirl going to have to do to convince her ultimate crush that he’s become less of a perfect fantasy, and more like the perfect man. . .for her?

Mister Hockey sounded so promising. I mean I love hockey and I love Riley... so this had to be a winner right?
I wish.
This is not bad by all means. But great it ain't either. I know I expected a lot. I mean its hockey and Riley... but ... I know Riley has done better.
My biggest issue: it's way to cliche. I mean basically, most cliche points were ticked here.
The romance is totally insta everything. The story line is extremely predictable and most characters feel a bit formulaic
Yet, it is also written by Riley. So it is well written and I found myself oddly absorbed in it. I guess it's a bit of guilty pleasure?
I mean I know this is very cliche, it's cutesy and all that, but I still enjoyed reading it
I blame it on Jed, who despite everything is an awesome male lead. Hot, sweet, kind hearted, a great guy and a hockey player.. oh and the right kind of alpha. What else could one possibly want? Exactly.
And while we at it, let me just admit this, I am totally looking forward to Neve's story. And yeah I know it might be just as cliche and just a cutesy but eh, guilty pleasures are great fun after all.