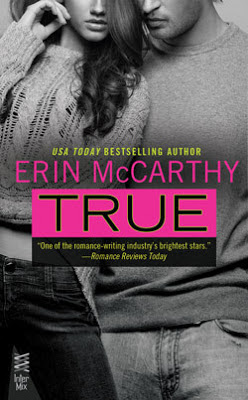 Publisher: InterMix
Pages: 238 Pages (ebook)
Genre: New Adult
Release Date: May 7, 2013
Summary:
When Rory Macintosh’s roommates find out that their studious and shy friend has never been with a guy, they decide that, as an act of kindness they’ll help her lose her virginity by hiring confident, tattooed bad boy Tyler Mann to do the job…unbeknownst to Rory.

Tyler knows he’s not good enough for Rory. She’s smart, doctor smart, while he’s barely scraping by at his EMT program, hoping to pull his younger brothers out of the hell their druggy mother has left them in. But he can’t resist taking up her roommates on an opportunity to get to know her better. There’s something about her honesty that keeps him coming back when he knows he shouldn’t…

Torn between common sense and desire, the two find themselves caught up in a passionate relationship. But when Tyler’s broken family threatens to destroy his future, and hers, Rory will need to decide whether to cut her ties to his risky world or follow her heart, no matter what the cost…

I spent a few days pondering over this novel. Mainly because I could not decide if I should round it up or down on Goodreads. (Since they do not allow half stars!)
This is good, but is it good enough to round up to 4 Stars?
See the plot of this is rather your classic romance formula. Find each other, have a bit of a back and forth, be together,  have problems and HEA.  You know the normal stuff. I didn't mind that though while I was reading it. It was rather well written and while I knew the end destination the journey was rather pleasant after all. But the storyline has loads of cliches thrown in. There was the parents that's against the relationship, the friends that aren't sure and even an anagram thrown in, because we girls love them, they are so romantic after all. And again, I didn't mind it much, but that didn't wow me. Basically the plot is nothing new.
Not to forget there were a few really good love scenes thrown in!

The character building was not particularly great either. I found lots of the characters were rather cliche as well. And to be frank while I liked Tyler, I am not sure I got much more of him than Rory's subjective views of him. Then again the book is written in her point of view after all. So it was very much the good geek girl from with the sheltered upbringing and the tattooed bad boy from the broke home.  The thing is that I felt that McCarthy tried really hard to take them out of the cliche box, and then added cliche support characters which totally threw it back into that box.
That's why I rounded it down... BUT the thing that made me waver for days?
I cared for all of the characters even the cliche support ones. Some how McCarthy manage to wind me up and hook my heart. I wanted things to work out for them and I was rooting for each and everyone of them. I connected with all of them. I got how they felt and I felt it with them. That for me is a huge testament to McCarthy writing.

The prose is my favorite bit of the book. I loved the way this was written. McCarthy describes emotions in a touching way, without hitting you over the head with it.  She moved me with not the romance lines, but with the wit that would be between them. She managed to write hot yet really beautiful love scenes. She didn't beautify certain situations or solve them, but she also didn't dwell in their ugliness. Somehow McCarthy got a subtle balance down when it comes to writing.
And when I was finished with the novel- I found myself wondering if she will write a sequel with some of the support characters, because I want to know how they fared in the end.
Mostly though I am wondering what McCarthy is writing next, because I am definitely going to read it, no matter what!