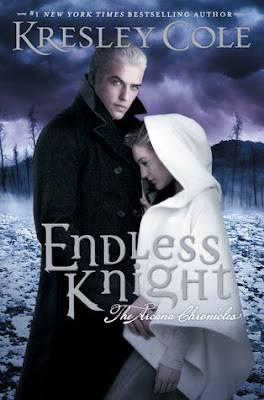 Evie has fully come into her powers as the Tarot Empress, and Jack was there to see it all. She now knows that the teens who've been reincarnated as the Tarot are in the throes of an epic battle. It's kill or be killed, and the future of mankind hangs in the balance.

With threats lurking around every corner, Evie is forced to trust her newfound alliance. Together they must fight not only other Arcana, but also Bagmen zombies, post-apocalyptic storms, and cannibals.

When Evie meets Death, things get even more complicated. Though falling for Jack, she's drawn to the dangerous Endless Knight as well. Somehow the Empress and Death share a history, one that Evie can't remember—but Death can't forget

Although, YA and dystopia genres as well as "Hunger Game" kind of plot aren't my cup of tea I really loved Poison Princess, the first book in this series.

I have mixed feelings about this one.

Even though you can predict from the beginning of the book that there will be a cliffhanger and despite some roll eyes moments, I really liked the first half of the book but not so much the second one. And not because of the cliffy but because of the "one step forward, two step backward" dance at the end.

The book is named after Death —that I really liked— and the story starts right when book 1 ended. The first half was action packed but unfortunately the second part kind of dragged and had some epic WTF moments.

A thing I really liked in the first part of the book is that Kresley Cole seems to have decided to avoid the "everybody gotta die but me" kind of plot. Unfortunately, she also decided to go to the typically YA love triangle and OTT crap.

The end of the story not only annihilated the interesting parts of the second half of the book, but it also made a total schizo out of Evie. This is worse than any imaginable cliffy.

It sadden me to say it but I'm done with this series.