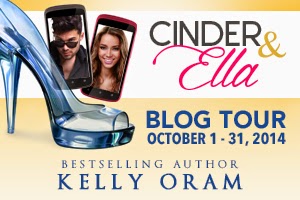 
Hey Everyone! I’m excited to be here today to talk a little about my new book! Cinder & Ella is a contemporary spin on the classic fairy tale Cinderella. I am a huge Cinderella junkie and had so much fun writing my own adaptation of it. I can’t wait for people to read it.

For today’s blog tour stop, I thought it would be fun to give you an idea of what the book sounds like to me. Writing and music are like baseball games and hotdogs—they just go together. Most writers create playlists that remind them of their work in progress. Whether it’s a tone or lyrics, certain songs will just jump out at us.

Personally I can’t write to music. I need quiet to focus. I am a singer. Not a good one, but an enthusiastic one, and if there is music playing anywhere, you can guarantee I’ll be singing and dancing along, getting absolutely no writing done. Still, I always have a playlist that reminds me of my books and characters, and I will wear it out while working on that particular manuscript. I just have to listen to it during the off-work hours.

The Cinder and Ella playlist is totally going to date me. Can we say 90’s alternative rock, anyone? Not every song on this list is from the 90’s, but a lot of them are. And now that you all know I’m a 90’s child and entering into my mid-thirties, maybe we should get to the music. Here it is, my Cinder & Ella playlist…


For one reason or another each of these songs just reminded me so much of Brian and Ella. If I had to pick one of them to be Brian and Ella’s theme song, it would probably be Parachute by Train. Love that song, but the lyrics were also just too perfect. If you get a chance, go listen to it!

Kelly Oram wrote her first novel at age fifteen—a fan fiction about her favorite music group, The Backstreet Boys, for which her family and friends still tease her. She's obsessed with reading, talks way too much, and likes to eat frosting by the spoonful. She lives outside of Phoenix, Arizona with her husband, four children, and her cat named Mr. Darcy.
Author Links:
Facebook  Goodreads
Twitter and My Website 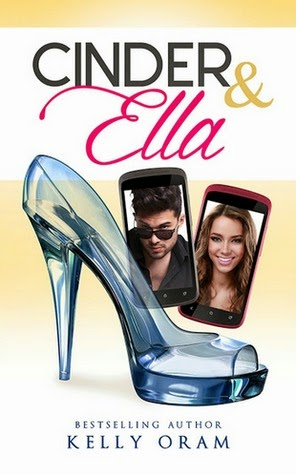 It’s been almost a year since eighteen-year-old Ella Rodriguez was in a car accident that left her crippled, scarred, and without a mother. After a very difficult recovery, she’s been uprooted across the country and forced into the custody of a father that abandoned her when she was a young child. If Ella wants to escape her father’s home and her awful new stepfamily, she must convince her doctors that she’s capable, both physically and emotionally, of living on her own. The problem is, she’s not ready yet. The only way she can think of to start healing is by reconnecting with the one person left in the world who’s ever meant anything to her—her anonymous Internet best friend, Cinder.
…
Hollywood sensation Brian Oliver has a reputation for being trouble. There’s major buzz around his performance in his upcoming film The Druid Prince, but his management team says he won’t make the transition from teen heartthrob to serious A-list actor unless he can prove he’s left his wild days behind and become a mature adult. In order to douse the flames on Brian’s bad-boy reputation, his management stages a fake engagement for him to his co-star Kaylee. Brian isn’t thrilled with the arrangement—or his fake fiancée—but decides he’ll suffer through it if it means he’ll get an Oscar nomination. Then a surprise email from an old Internet friend changes everything.