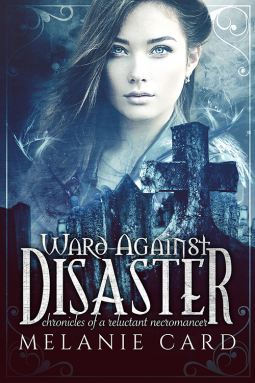 Ward de'Ath should be dead by now. Instead, he’s chasing after a soul-eating creature—that he unleashed— and is bent on stopping her before she slaughters more innocents. Fortunately, Celia Carlyle remains by his side, a nobleman's gorgeous and deadly daughter, who is…well, dead.

Celia claims she’ll champion Ward wherever he goes, even when she thinks his quest is hopeless. He can only hope her pledge comes from her heart, and not because she’s bound to him through his magic.

When they enter Dulthyne, they stumble upon a dark power that threatens the entire town. Ward, with his unreliable necromancy, is determined to help but finds himself ensnared in the lure of white-hot magic…blood magic he struggles to resist. But if Celia’s love is a lie, it might just doom his soul to the dark arts forever.

Gosh, this was a roller coaster ride. In every sense.

The plot is a never ending string of event, loads of actions and a gazillion twists. A continuos up and down, fast paced until right to the end of the book. Where it suddenly stops after a huge twist of events- one that left me shocked, giddy with excitement and full of despair. AND loads of questions.
First and foremost: when is the next book coming out??
Sadly I couldn't find out  neither the answer to that nor how many books the series will entail. In fact I found ZIP, zilch, zero - which is right at this moment my biggest issue about the book.

Ward Against Disaster jumps in right were Ward Against Darkness left off. One get right thrown into action. Just like in the first two books, the character building is great. I really love the crew: Ward, Celia and Nazarius. It was like revisiting friends. But Card didn't rest on her laurels. She dug even deeper. Each of them, change and grow through the events and complications that they face. Their friendships seems to strengthen- even if some of them are reluctant towards it. I am looking forward to the next book, simply because I got my own hunches to where some friendships will lead. While the three MCs are complicated, intricate and intriguing, I found  most other characters a bit lacking in compare. In compare to the three of them, everyone else seem simple. The villains only one sided. Which is something that made me pause. The worst moment was Ingrith confession to Ward. It was a bit - well, simplistic. I just though, oh goodie now that over and done with can we please move on with the REAL STORY. I shall come back to this in a wee bit....
My absolute favorite part about this was seeing Ward struggle against his desire of power, his innate wish to do the right thing still strong but the only thing that keeps him grounded is his love.

Talking of love. The romance is SLOOOOOOOW. I mean this. Trust me. Their continuous - I don't know how I feel, I am not sure if the other returns my feelings- made me wanna smack them both on their head.
Now the good news: there is some resolve to that... 94% into the book. Though after that little cliffy Card threw in the end- which is kinda quite big- I am wondering if it will be. Yep, questions! I got lots of them!

The writing style is beautiful. I said that, for the previous two books, the same is true for this one. I love Card's prose. It's descriptive- deliciously gory at time- insightful and well beautiful.

The world building was the best of all three books, in my opinion. I really like the idea of the necromancers, blood magic, rith, the history of Dulthyn.. it's amazing. But I still have loads of question. Again, still. Though in this instalment some answers are given, most of them are just hinted at...It's getting a tad bit frustrating, but I am hopeful for more in the next book.

All in all this is a good fantasy series.
Despite that, I took me a good third to get into the book. There are two reasons, after Ward against Darkness, I felt a bit weary that this might take a similar detour. And well, it kinda did, but didn't, thankfully. Still my probably biggest issue with the series is that I am dying, seriously; DYING!! for answers, which I still haven't been given. There has been no closure in any shape, way or form since book one. It's all so open ended and so many questions remain. The plot is a never ending string of twist and turns- so much so that in fact I was a bit exasperated at the end. I mean common!!! How long wound is the crazy never ending string of action going to be? It feels like one keeps getting side tracked by all this side stories, never getting to the real story, the main story- you know the one about Celia and Ward....BUT the writing, the world building and first and foremost the characters have me wanting more. Plus I do so enjoy the action and plots as well. So I will read the next one and probably how many there will be after that.
Which leads me back to my questions... Ok. I wanna just know the answer to one right now. When is the next book coming out?! 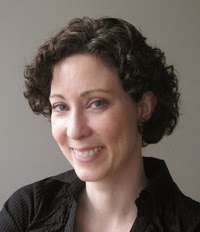 I have always been drawn to story telling. In fact, I can’t remember a time when I wasn’t telling a story in my head or on paper. In grade school, we had journal writing time which I turned into story telling time, weaving tales of magic and adventure that mimicked the fairy tales and myths that I loved to read. It was there, with the help of two very special teachers, that I nurtured this love and started my journey as a writer.
I write fantasy, paranormal romance, and everything in between, seasoned with a good dash of adventure and mystery. Join me on my tales of magic, adventure, and romance.
Author Links:
Website│Goodreads│Twitter│Facebook
Book Tour Organized by:
YA Bound Book Tours