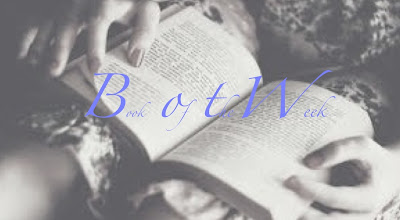 Can Evie convince her rival loves to work together? Their survival depends on it in this third book of #1 New York Times bestselling author Kresley Cole’s Arcana Chronicles, a nonstop action tale of rescue, redemption, and a revenge most wicked.

Heartbreaking decisions
Evie was almost seduced by the life of comfort that Death offered her—until Jack was threatened by two of the most horrific Arcana, the Lovers. She will do anything to save him, even escape Death’s uncanny prison, full of beautiful objects, material comforts…and stolen glances from a former love.

Uncertain victory
Despite leaving a part of her heart behind with Death, Evie sets out into a perilous post-apocalyptic wasteland to meet up with her allies and launch an attack on the Lovers. Such formidable enemies require a battle plan, and the only way to kill them may mean Evie, Jack, and Death allying. Evie doesn’t know what will prove more impossible: surviving slavers, plague, Bagmen and other Arcana—or convincing Jack and Death to work together.

Two heroes returned
There’s a thin line between love and hate, and Evie just doesn’t know where she stands with either Jack or Death. Will this unlikely trio be able to defeat The Lovers without killing one another first...?

I don't even KNOW how to rate this
Right now I am just pissed off. I mean: REALLY???!!! WTF?
Let me not even get started on the love triangle - or the freakn cliffy at the end of this!
Took me 4 freakn days to read this - cause Evie is just annoying and self-involved
Her choice at the end ... well, fair enough- but her explanation made NO sense

So Ella and I had a chat about this... It has some spoilers!!!  So be warned!
But if you wanna know what we thought... (which also means I won't be writing a review)


Ella: Fuck this book and it's fucking love triangle. I REFUSE to read any further books
Den: I am stuck at 75% just couldn't read more...Have you finished?
Ella: Yeah -Technically she chooses, but then shit happens and she is separated from the guy she chose. Therefore forced to be with the other guy for the majority of the next book I'm guessing. And that's just shitty writing.
Den: Ugh. *cringe* Ok I am gonna really try and finish it today lol
Finished queen of tearling yesterday night instead, which was really good
Ella: The end is actually fast paced so it's nice, and the guys are mostly getting along.
Den: I think, I'm about 80% in -Wait… 79% to be exact
Ella: But Jack... I just don't understand how NO ONE thinks Jack is just a little too good.
Den: Jack has his moments
Ella: I think Aric is suspecting something by now though
Den: I still think he is some arcana
Ella: And once they start learning some more about the games next book they'll finally figure it out. They mentioned an arcana card that isn't activated till they kill someone. I'll eat my arm if that isn't Jack's card lol
Den: Lol!! Yeah me too!! I am pretty sure Jack is that card- Whatever the card is…My kindle tells me I got 25min left on the book but Im not able to stomach Evie for more than a chapter at the time
Ella: It's just the usual oh who do I choose bs
Den: I am actually all for Aric -But I think Evie is gonna go for jack *sad face* All her self pity over it pisses me off
Ella: Can I spoil that so I can rant? Lmao
Den: Wait!! Lol
Ella: Damn. *laughs*
Den: Let me finish the book  - I’ll try and read some over lunch...
Ella: It make no fucking sense! It's like the author is specifically doing it to draw it out...
Den: Pfff I think this whole book was just to write another book. Seriously she could have written an amazing series. The world building is really great
Ella: Yup cause there is barely stuff about the Arcana, like actual progression
Den:Ella: Aric tells a half assed story of how it started. Also the way the Lovers did is incredibly underwhelming
Den: Oh yeah I read that. No really? Feck how disappointing *frowns*
Ella: Yeah
Den: I was hoping that I'll get some good action *sigh*
Ella: I was like, okay! Kill them now!And then realized they had died already...
Den: Hun?! Dude no spoilers.. I still got 25min of struggles here  *laughs*
Ella: *laughs*Ok Ok, I'll stop, hurry up and finish *laughs*
Den: I will then we can rant!!
Ella: Yay! *laughs*

Den: Ella?!! Ok I am finished -AAAAND pissed OFF! WTf?! The. End ? Honestly so annoying!
Ella: I KNOW!!! WHY PICK JACK?!! What is wrong with you?! After all the content lying and intrigue and mysterious bullshit....I just don't understand. Aric I'd 10,000x better. And he found her grandma for her ffs! UGH
Den: I didn't get her argument - I loved him first? Just makes no sense but trust me it's not over0 When she made the decision she didn't know about the grand mother, but yeah death did so much for her and he did try and change for her
Though I gotta say I still like Jack *grins* Cavemen and all
And the death of the twin?! Under-whealming is not even close to what I felt about it. The "surprise" about Violet? Pfffff
So I am not sure what the last 1.5 books were about- other than Evie pining over two admittedly hot guys
Ella: Precisely. Their death was like... Just no. I mean the first book was awesome, first half of second book okay ... And then... It's all about Evies selfish act
Den: Yep! Even their dads death... BORING. Lol
Ella: I even missed it the first time. Had to back read. Then again. And make sure I was actually understanding what I was reading lol
Den: And they tortured Jack's sister - but at that stage Jack was a no-one. Just makes no sense (unless they knew he is arcana..)
Ella: Yup
Den: You did warn me... So I was prepared. Kinda but yeah it was disappointing even then
Ella: And everyone is looking at Jack like he is the next Jesus walking on water or some shit.
Den: Gonna say it again- I think Jack is arcana.He ain't dead and Evie will be back to her love triangle bull. *cringe*
Ella: Yup
Den: Jack is brave and clever. He wants something good. So he stands for hope
But I still don't get Evies choice
Ella: And now even worst than before because she is gonna be 'stuck' with Death and realize that she really shouldn't have chosen Jack.
Den: Lol! I don't think Jack is dead. He will make an appearance a third into book 4 - just after evie had sex with Aric *evil laugh* - I mean lets get this party going. Let's make it even worse *giggles*
Sooooo, you done with the series?----Wait!: Dude you never really ranted! *shocked*
Ella: Cause! I'm just so pissed I'm incoherent *giggles*And damn work kept getting in the way! I went in with low expectations from the last because, then it turns out it's not even the last book. Fine one per card whatever. But then it's like nothing happens!!They took the whole book to rescue Jack and the Selena. Only to end with another underwhelming climax and that fucking decision for the love triangle is completely nonsensical. It again makes the angst from the entirety of the book useless. Cole spends the whole fucking book building up Aric to this perfect guy for her and she picks Jack, because he got there first... The fuck is that...
Den: So true!! Are you gonna read the next one?I hate Evie!! lmao- think I might have mentioned that a few times. The reason this pisses me off so much though is because first Cole can write -the writing style is great.And second the world building is fabulous.I really wish she some how would have ditched the crappy love triangle or at least cut out ¾ of it - and gotten on with the story and given us more about the arcana. There is so little in this one it sucks
Essentially it's all bout Eevies indecision and Selena's rescue - white a total anticlimax at the end of it. Then Cole threw in a twist and a cliffy - so we all should scramble for book 4
Apparently no-one knows how many books there are going to be... At least four possibly more.
Nav: How did 3/4 actually come as a fraction for you?
Den: Lol!!Nav!
Nav: Sorry out of context but I wanna know lol
Den: My phone does that- Automatically *pleased*
Nav: *utter shock* - I want my phone to do that for me too *pleading*
Den: iPhone baby *wink wink* LOL
Nav: Okay you can continue with your rant *laughs*
Den: I think I'm finished now
Nav: Oops sorry to interrupt
Den: Lol
Nav: *laughs*
Den: No worries.I am not sure if I am reading the next one - on one hand I am thinking fuck it
On the other of book 4 is the last..... Maybe I'll read it? *snorts*——Then again it took me FOUR days to read this one - and it was the same with the last one
Ella: Idk if I'm gonna read the rest. I like the Arcana stuff but the low triangle needs to stop already.
Den: Yeah I agree!. Lol soooooo: buddy read next year? *wink*
Ella: *laughing*

If you have written a review, please add a link in the comments, so we can find out what you thought!

The next Book of the Week is Heir of Fire by Sarah J. Maas , Lex and Den will be reading it on Wednesday, January 21st.
Email ThisBlogThis!Share to TwitterShare to FacebookShare to Pinterest