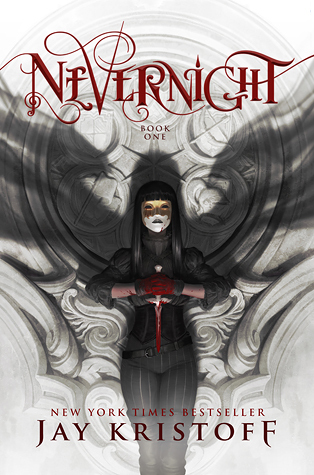 The first in a new fantasy series from the New York Times bestselling author.

In a land where three suns almost never set, a fledgling killer joins a school of assassins, seeking vengeance against the powers who destroyed her family.

Daughter of an executed traitor, Mia Corvere is barely able to escape her father’s failed rebellion with her life. Alone and friendless, she hides in a city built from the bones of a dead god, hunted by the Senate and her father’s former comrades. But her gift for speaking with the shadows leads her to the door of a retired killer, and a future she never imagined.

Now, Mia is apprenticed to the deadliest flock of assassins in the entire Republic—the Red Church. If she bests her fellow students in contests of steel, poison and the subtle arts, she’ll be inducted among the Blades of the Lady of Blessed Murder, and one step closer to the vengeance she desires. But a killer is loose within the Church’s halls, the bloody secrets of Mia’s past return to haunt her, and a plot to bring down the entire congregation is unfolding in the shadows she so loves.

Will she even survive to initiation, let alone have her revenge?

Ultimately I really enjoyed this book. Many people seemed to have issues with the footnotes, I on the other hand really enjoyed them. Even though trying to read footnotes in an ereader is annoying as hell (they really need to make this easier somehow?), I just really liked reading about all the little side stories/legends.

I knew going in how Kristoff writes (see Stormdancer), so I was prepared, but even then it took some getting used to and I was never really happy with the diction and dialogue. It just didn't seem consistent to me. On one hand they try being super polite and whatnot and speak all old school, then turn around and use modern curse words. It was a weird give and take.

It was also quiet slow, which again I knew from how Stormdancer went down, but this one was even slower than usually, but at least to me, not necessarily in a bad way. I just wasn't sure where it was going in the first 50%. I couldn't really get a read on a Mia, she had one goal then acted some contradictory way, so finally figuring her out helped things move along much better.

With all I've written above you are probably wondering how it made it to 4 stars. Simple, I still very much enjoyed this book. I enjoyed the world building, I enjoyed figuring out Mia and her powers. I also trust Kristoff and I know that the turns the book took towards the end are going to end up being awesome in the coming books.

If you didn't like Stormdancer, you are most likely not going to like this one. If you haven't read Kristoff's other works, and my points haven't completely turned you off, then definitely give it a go