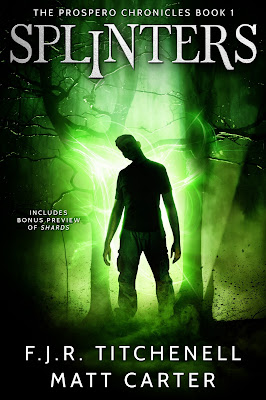 Under normal circumstances, Ben and Mina would never have had reason to speak to each other. He’s an easy-going people person with a healthy skepticism about the paranormal; she’s a dangerously obsessive monster-hunter with a crippling fear of betrayal. But the small Northern California town of Prospero, with its rich history of cryptid sightings, miracles, and mysterious disappearances, has no normal circumstances to offer.

When Ben’s missing childhood friend, Haley Perkins, stumbles out of Prospero’s surrounding woods and right into her own funeral, Ben and Mina are forced to work together to uncover what happened to her. Different as they are, their unlikely friendship may be the only thing that can save the town, and possibly the world, from its insidious invaders.

“Whip-smart dialogue... genuinely terrifying Splinters, the descriptions of which will have fans of monster films utterly enthralled... A promising series opener, this will satisfy those readers who like their scary stories to be as clever as they are chilling." —KQG, the Bulletin of The Center for Children's Books.

“The stakes are high. The action is intense." —Washington Independent Review of Books.

The Splinters ebook is on sale for only $0.99 now through July 6th! 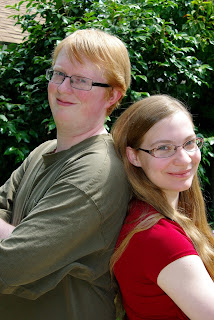 F.J.R. TITCHENELL is an author of young adult, sci-fi, and horror fiction, including Confessions of the Very First Zombie Slayer (That I Know of). She graduated from Cal State University Los Angeles with a B. A. in English in 2009 at the age of twenty. She currently lives in San Gabriel, California, with her husband, coauthor, and amazing partner in all things, Matt Carter, and their pet king snake, Mica.
Connect with F.J.R. Titchenell on:


MATT CARTER is an author of horror, sci-fi, and yes, even a little bit of young adult fiction. He earned his degree in history from Cal State University Los Angeles, and lives in the usually sunny town of San Gabriel, California, with his wife, best friend, and awesome co-writer, F.J.R. Titchenell. Check out his first solo novel, Almost Infamous, or connect with him on:
His blog | Facebook | Twitter | Goodreads