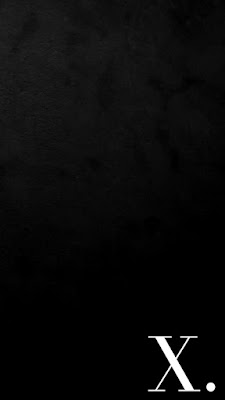 
nspired by actual events, X. follows the story of Tamra, a young actress, during the days following her feature film debut. The week kicks off with the arrival of her childhood best friends, Maddy and Amelia, who have flown in to help her celebrate the most important milestone of her life. Home friends. L.A. friends. Fun parties. Exclusive clubs. Hot boys. It should all add up to equal the most unforgettable time. But Tamra is haunted by a dark secret. Unbeknownst to her friends, she is being stalked, and pressured by greater forces to keep quiet. Our leading lady has convinced herself that she needs no one's help battling the anxiety that has only recently developed within her. Everything is only further complicated when Lucas, the boy who has appointed himself protector and guide to Tamra during her time in Los Angeles, threatens to act against her wishes and reveal her truth.

Lucas sat overlooking the hills below, contemplating as he always did, his presence at yet another house party he knew deep down he profoundly detested. He recognized, however, the necessity in keeping up appearances, and cultivating a sense of relevancy within the young Hollywood scene. This was his penance for having taken a hiatus from acting for nearly three years, and just recently deciding to crawl back out from under his rock.
He had arrived at the party with his main crew. The majority of his people had scattered, mingling with all their other sometimes friends and collaborators. Everyone would spend the night flitting around in the sleekly minimal main living room of a Beverly Hills mansion, taking Snapchats, posting Instagrams, letting their millions of followers know how fabulous their lives seemed to be.
Andre, Lucas’ model friend, and one of only two people he could implicitly trust, was sitting next to him on the outside balcony of the home. He was smoking a blunt that had been given to him by some rapper he had hung out with during a studio session the night before.
“What’s on your mind, Luke?”
“Like… why am I even here right now,” Lucas griped, compulsively popping his knuckles.
“I don’t know why you come to this shit, if it really stresses you out so badly,” Andre replied, bringing the weed up to his lips.
“You know why.”
“No, I really don’t. You left the game for three years, and the girls are still obsessed with your pretty-boy ass. Like, you’re fine…Here, take a hit,” he said, passing him the blunt. Lucas did so, thoughtlessly.
“Looks fade,” he quipped.
“Not necessarily.”
“Oh no?”
“Betty White is still hella cute.”
“That’s true,” he agreed, chuckling.
“C’mon Luke, you never bitch about coming out…What’s really wrong?”
He took a deep breath before answering. “Fuck... I think I’m depressed.”
“Of course you are. Everyone in this town is depressed.”
Lucas knew his friend meant not depressed, but unsatisfied. That was the best way to describe the inhabitants of Los Angeles. Unsatisfied people trying to become otherwise, making the most of it during the time in-between.
But this was not Lucas’ problem. He had remembered being at a family dinner one night, attempting to explain to his movie producer parents that he was unhappy, but not being able to come up with a valid enough excuse as to why. He was ten then. It was a decade and a half later, and he was just now beginning to realize that he didn’t know anything about himself or what he actually wanted.
Suddenly, Lucas’ thoughts shifted to the only other important person in his life. Tamra. He had spent nights on the phone with her, trying to work through his never-ending stream of discontent. Tamra did not share his troubles, and was in fact oppositely steadfast in her goals and opinions. It had worked out for her well. Her debut as a film actress was fast-approaching, with the imminent premiere of a film she had spent the year working on, just weeks away.
“Have you seen Tam?” he asked Andre.
“Not for the whole party. I don’t think Sellers is here either, so your guess is as good as mine.”
Lucas sat for several minutes, twiddling a piece of his curly hair in between his fingers. He knew it was unfair to seek out Tamra at a party where she could potentially be having a good time, only to burden her with his problems as he so often did. But Tamra settled him, and he was quickly advancing toward a level of concerning unsettlement. He decided to send a text to the group chat:
Tamra, where ya at?

No reply. “I’ll be back,” Lucas said abruptly, leaving Andre to sit alone with only his high to keep him occupied.
He scanned the expansive room behind him. The party of a hundred or so people wasn’t nearly enough to fill the open space of the house, making it easy for Lucas to search for his friend. He looked left into the kitchen, then walked downstairs to the tv room, which he realized to be mostly empty except for a couple of guys, who were making out on a brown leather couch. Lucas even checked the wine cellar down the hall, but Tamra was nowhere to be found.
The weight of the high from the weed was beginning to sink from the top of his head, through his neck and down into his shoulders. He managed to find his way back to the main floor, where he collapsed in an empty loveseat. Lucas concluded that Tamra had probably left the party with someone else, for which he was too high to be adequately bothered about. He set an alarm on his phone for twenty minutes later, and placed it next to his ear, allowing his lids to close over his eyes, which had become too difficult to keep open.
In what seemed like ten seconds, his phone began beeping obnoxiously. The noise was so sudden that it frightened Lucas awake. Disoriented, he checked his screen to find a text:

Miles: Can we go home now?

A few more messages popped up, and the following conversation ensued:

Miles: Can we go home now ?? haha
Andre: Yeah, this party sucks
Miles: Me and Ezra are in the kitchen when you guys are ready haha
Lucas: k
Andre: Luke do you have Tamra?
Lucas: Couldn’t find her. She probably left w someone.
Andre: No, I tracked her on Friends. she’s still here.
Lucas: oh fuckk. I’m not smart enough when im high lol I’ll find her.

Lucas looked around, surprised that he had missed Tamra during his first sweep of the house.  Then, his eyes rested upon a wide staircase that he had not previously noticed, leading up to a third floor. With great effort, he pushed himself off the couch, and quickly made his way upstairs. The top story was less open, comprised mostly of a long hallway of doors. He called out Tamra’s name. No answer. Lucas dialed her number, calling her phone, pushing himself into rooms, one by one. He strained to hear ringing, as music from the party downstairs reverberated through his eardrums. He was, however, able to pick up a faint sound at the end of the hall passed a small office.
Lucas rounded the corner and reached the door to a bedroom, that he gently pressed against. It was dark, but he could see the silhouette of a rectangle on the floor in front of the closet. Tamra’s phone. He sighed, figuring that she had dropped it while looking for a restroom in which to fix her makeup. Lucas nearly ignored the bathroom off to the side, but decided it would be best to splash some water on his face and revive himself.
He opened the door and flipped on the light. In the corner, in front of the toilet was a figure in an oversized denim jacket, lying in fetal position.
“Fuck,” Lucas whispered. He sighed, and then walked toward the person, pulling them onto their back. For a moment he was frozen, as he considered the improbable possibility that the high was messing with him. Then he became frantic.
“Tamra, TAMRA,” he whispered anxiously. She had blood dripping from her nose and mouth. Lucas propped her up and held her in his arms as he stroked the side of her neck, checking for her pulse.
He grabbed some water from the sink and sprinkled a bit on Tamra’s face. Her forehead crinkled in strain, but eventually her eyelids trembled open. She was weak, but managed one request as Lucas helped her to her feet.
“Don’t tell anyone,” she pleaded quietly. “Please, don’t tell anyone.” 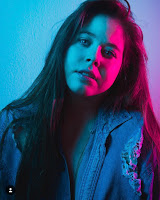 About the Author
Hi there... third person author bios seem impersonal, so I'm not going to do that. I'm just going to let you know I'm a 21 year old college student who was put on this earth to tell stories. I'm a major fan of  music, contemporary art, and realism. I love books, movies and my mom. I don't think I'm anything special, but I think my stories are, or else I wouldn't bother writing them down. My heroes include Kathryn Bigelow (the filmmaker) and Brett Easton Ellis. I write stories about millennials, for millennials. I am a feminist. I think the colored and the colorful are what make our world special, and I love that we have an opportunity to experience different cultures and different points of view. I really hope you enjoy my debut novel, and the works to come. Thanks for taking the time to learn more about me, and thanks for reading my stories. I really appreciate it.
Author Links:

a Rafflecopter giveaway
Email ThisBlogThis!Share to TwitterShare to FacebookShare to Pinterest
Labels: Blitz