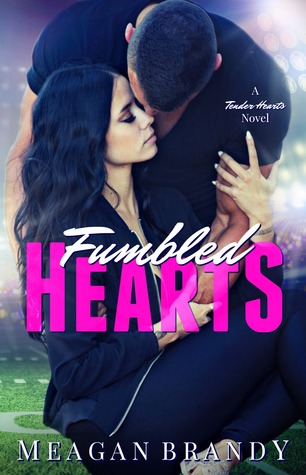 He’s the persistent playboy who refuses to walk away. I'm the impassive new girl with nothing left to give.
Things are about to get complicated...

After months of refusing, I finally agreed to make the move to Alrick Falls. My family thought it was best - that a new scene would be good for me—and I was sick of having the same conversation.
So here I am, and the plan is simple. Smile through each day and avoid her at all costs.
It's perfect.

Until the cocksure quarterback comes into play.

The last thing I want is his crooked grin and dark brown eyes focused on me.
Yet here he is, constantly in my space, pushing me, daring me to care. Telling me what I think and feel, as if he knows.
He doesn't know anything. And  I plan to keep it that way

Yeah so this.. is just not for me

First up, I don’t like the writing style. It’s too.. something. Not exactly terrible- but it feels to meditated, too simplistic and woody
The worst for me, however, were the dialogues, honestly who talks like that?
Really who?
I know not a single person who does -except the ones in series, maybe...
in fact, talking TV series this kinda reminds me of them- like A mix between Beverly Hills and the OC

The second problem I had: these are kids who are supposed to be 17/18... but they behave like 20+yr old
Then throw in the whole rich kids thing and every other cliche out there and we have what is supposed to be the backdrop of Fumbled Hearts
So unrealistic. As I struggled through read this I actually kept rolling my eyes and kept muttering: “yeah right “
I mean I like fantasy, just not this kind

Let look at the character building. I think actually this was not completely terrible. There are even some good moments - but they are few and far between
Most of it is again, just cliche, so many overused cliches

The storyline was predictable with a capital P - and frankly, I wouldn’t have minded that at all, but it also feels so long wound. The whole book felt way too long- though I am not sure if it is just because I didn’t like it or if actually is long. Actually its 500+pages... it IS too long. 500pages, really?
So this makes me wonder that maybe with some harsh editing this would be better?
But then again, I still would have the problem of the rich kids behaving like adults thing.
Again this is just not my cup of tea.

Bottom line, this too melodramatic, too cliche, too unrealistic for me but there are a couple of sweet moments - so 1.5 Stars