It’s the release blitz for Karen Renee’s INCITING A RIOT. Check it out and be sure to grab your copy today! 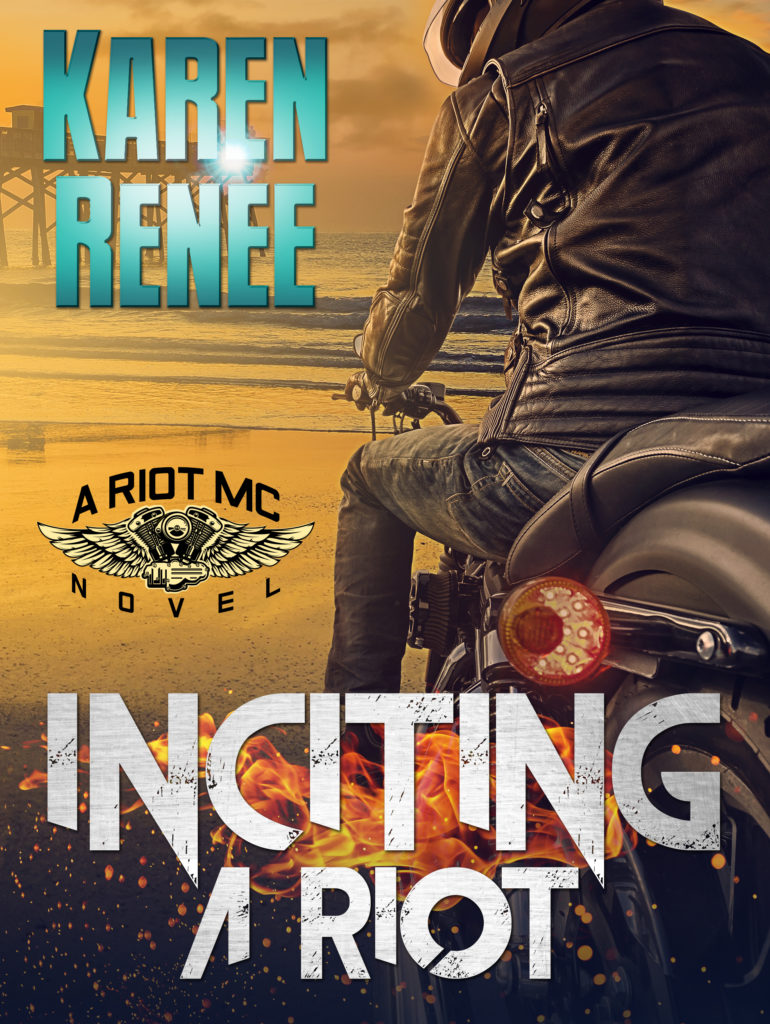 About Inciting a Riot:

Cary “Vamp” Sullivan earned his Riot MC patch and shoved Lorraine Francis Ingram out of his life six years ago by cheating on her. He’s regretted it ever since because he knew she was a top-notch woman. After mentioning his regrets to his brother, Cal, Vamp suddenly finds himself faced with an opportunity to win Lorraine back. When he runs into her unexpectedly and finds out she has been beaten at the hands of a man, Vamp and his Riot MC Brothers are determined to protect her. Vamp is determined to get her back in his life, and he knows it’s going to be an uphill battle.

Lorraine insists that if any Riot MC Brother is going to protect her, it cannot be Vamp. She gets no promises from the Riot MC, and she finds herself with Vamp at her doorstep. She’s determined there will be no second chances, but her resolve is weakened because Vamp isn’t playing fair, he’s fighting…fighting to win her over.

Once she and Vamp are reunited again, they realize there is a very real threat to them both. Lorraine and Vamp are put to the test to rekindle their long-lost love and stay alive. 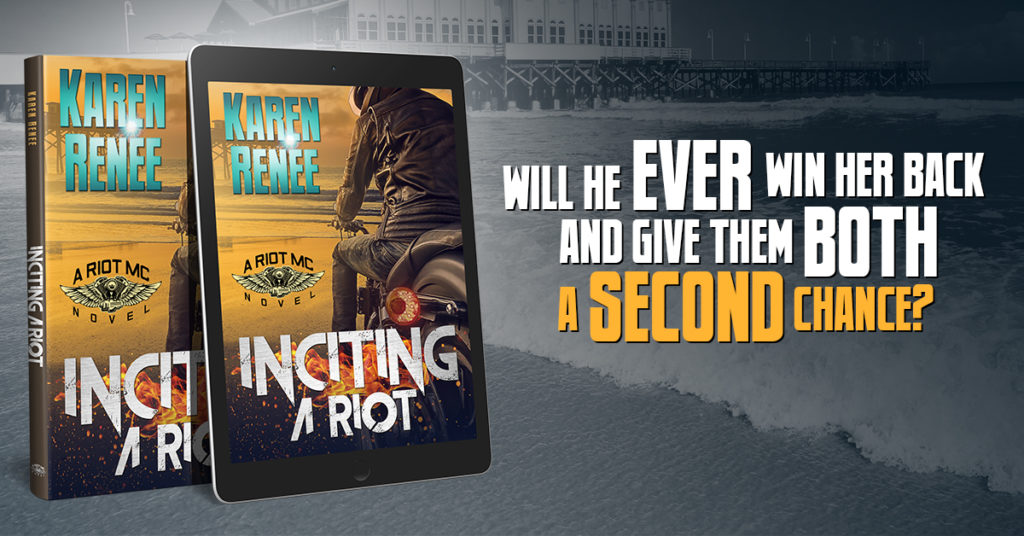 “You gonna sleep like that, doll? Or will you make some room for me?” Vamp asked.

I opened my uninjured eye to give him a look. I shouldn’t have looked at him. Now who’s satisfied and tickled too? I supposed both of us were, but the look on Vamp’s face was one part cat-who-got-its-cream and one part mesmerized. The competitive part of me hated to think that he had won the war, but was it really worth fighting the war if I ended up with those delectable triple twitches every night by surrendering?

I felt the bed depress and my cocked leg was moved to drape over the back of Cary’s thigh. He moved my hands and pinned them by my head. At that maneuver, I opened both my eyes to find his intently examining me.

After a deep breath, he said in a low voice, “I want to marry you.”

I would not freak out. My eyes slid to the side and then back to him, “Um, did you drink from your dad’s highball glass tonight?”

He smirked and shook his head. The niggle of fear I felt earlier was back except it had grown to a full-blown ache sliding through me. Mom and I were left by my dad when I was still a baby, and no man since had ever wanted to commit to my mother. Maybe that’s why you go for cheaters. You kick them aside before they can love you and leave you. What the fuck? Now really, my thoughts needed to get with me and not try to undermine my sanity. His mother deserted him, but he’s not scared of mentioning marriage. True, but hell, we just got back together.

I took a deep breath and said, “I’m thinking it might be a little too soon, Cary. We just got back together.”

More of his weight descended on me. “I’m thinking it might be six years too damn late. We gotta make up for lost time.”

“Let’s take it one day at a time, and…” I trailed off because I was going to say he could make me his old lady before we tried marriage. The problem was I wasn’t new to the MC world. I knew full well that being an old lady was a higher commitment than a marriage license and wedding bands would ever be. If I was willing to say, make me your old lady first, then any protests to marriage were useless.

Karen Renee is the author of Unforeseen Riot and Inciting a Riot. She has wanted to be a writer since she was eight years old, but it’s taken the last twenty plus years for her to amass enough courage and overall life experience to bring that dream to life.  Some of those life experiences came from the wonderful world of advertising, banking, and local television media research.  She is a proud wife and mother, and a Jacksonville native.  When she’s not at the soccer field or cooking, you can find her at her local library, the grocery store, in her car jamming out to some tunes, or hibernating while she writes and/or reads books.