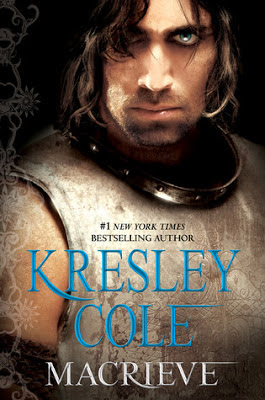 A Beast In Torment

Uilleam MacRieve believed he’d laid to rest the ghosts of his boyhood. But when a brutal torture revives those ancient agonies and destroys his Lykae instinct, the proud Scot craves the oblivion of death. Until he finds her—a young human so full of spirit and courage that she pulls him back from the brink.

A Beauty In Chains

Seized for the auction block, Chloe Todd is forced to enter a terrifying new world of monsters and lore as a bound slave. When offered up to creatures of the dark, she fears she won’t last the night. Until she’s claimed by him—a tormented immortal with heartbreaking eyes, whose touch sets her blood on fire.

A Full Moon On The Rise

With enemies circling, MacRieve spirits Chloe away to the isolated Highland keep of his youth. But once he takes her to his bed, his sensual mate becomes something more than human, evoking his savage past and testing his sanity. On the cusp of the full moon, can he conquer his worst nightmare to save Chloe . . . from himself?

MacRieve is the thirteen instalment in the Immortals After Dark series. I’ve been eagerly waiting for this book for 18 months or so. I simply LOVE this series. For me this is one of the best in the paranormal romance genre. I also love Kresley Cole's historical romances, and when I loved her first foray in the YA genre (a genre I really don’t like) I thought that she definitely couldn’t disappoint me whatever she wrote.

With Shadow’s Claim (The Dacians #1 — a spinoff of the IAD series) and this one, I was disappointed.

This book is directly linked to book 11 (Dreams of a Dark Warrior) and it started really good but in the end it didn’t deliver.

MacRieve aka Uilleam aka Will aka one half of the Hot and Hotter duet aka head case, is the epitome of the tortured hero. He really had to deal with a lot and I really liked him, even when he wasn’t so nice with Chloe.

Chloe starts as a witty, cheeky, strong and resourceful heroine. When something bad happens to her, her motto is “rub some dirt on it and move on”. Unfortunately, as the book went on so did her spunk.

The plot didn’t help, simply because there was no plot whatsoever. Worse, there was no action. Furthermore, a lot of things/reactions didn’t make sense for me and there was too many too easy coincidences or about turns. And what happened with Chloe’s father? Really??? *rolls eyes*

I’m sad to say that the short epilogue with its bloody cliffhanger was more interesting than the book itself. Hopefully, Munro’s book will be better than his twin’s.