Review: To the Limit by Cindy Gerard 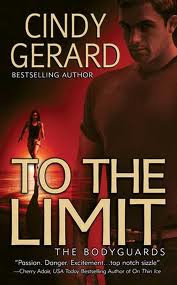 To the Limit by Cindy Gerard

The problem: The spoiled little rich girl turned eighteen six months ago and has developed a penchant for the Palm Beach club scene, a habit of falling in with not so-rising rock stars and taking them on pricey little side trips to L.A. or Paris and picking up the tab. Only this time, she’s been gone too long. And this time, she may be in trouble,

The other problem: Some someone wants Eve dead too. She’d made enemies while she’d been a Secret Service Agent. That had been a lifetime ago. But that other life may be coming back to haunt her as she races the clock to save Tiffany’s life while her own hangs in the balance.

The pain in the ass: Tyler McClain. Ex-lover, ex-cop, and a poaching, rat-bastard P.I. is also in hot pursuit of Tiffany. And McClain is the last man Eve had ever wanted to run into again. Regardless, the added wrinkle of McClain showing up to muddy the waters isn’t going to stop her from getting her man – or in this case, her woman.

Mac has a problem too. Despite their history – which he remembers as being red hot – he genuinely likes Eve Garrett. Maybe even more than likes her. Something about her had gotten to him, dug in deep, and wouldn’t let go. Strength coupled with compassion. In-your-face-toughness paired with vulnerability. A funky sense of humor that had him grinning as often as growling.

He doesn’t want to think about what it means. He knows there’s no future for them. He’s not a good bet for the long haul. But when he realizes that Eve is the target of some crazed killer, he does everything in his power to keep her alive while they race to save Tiffany Clayborne.

Man, oh man, as distractions go, Eve Garrett is taking him to the limit.

Though the plot was more predictable than in To the Edge, this was a fast paced and action packed story. Here again I really loved Eve and Mac, the secondary characters were great and the attraction between Eve and Mac was hot. But what I enjoyed the most in this story is that even though she had many occasion to act TSTL, Eve was never reckless or stupid. I also liked how Cindy Gerard described Mac and Ali’s relationship. Poor Mac, I hurt for him.