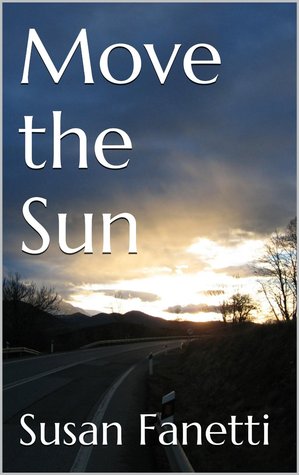 Lilli Accardo moves to the dying town of Signal Bend, Missouri, where the citizens have made a devil’s bargain to stay afloat. Lilli quickly garners the attention of the whole town, particularly Isaac Lunden, President of the Night Horde Motorcycle Club and de facto protector of the town and its citizens. When it turns out that Lilli is there under murky circumstances, Isaac decides to get close and try to figure out what she’s hiding. Their chemistry is instantaneous and electric, but each is a potential danger to the other. Action, sex, and drama ensue as Isaac and Lilli try to navigate the rocky terrain between trust and threat. Note: Explicit sex and violence.

What a refreshing book!
On one side we have Isaac, badass biker and president of Signal Bend MC. So far nothing special under the sun. In my opinion what makes him very special is the combination of the different things that make him move. Signal Bend is a dying little midwestern town barely surviving thanks to the MC. The town' survival is one of Isaac main goal and he has no qualm about doing what is needed to ensure it, even if it's not pretty. But beside that we have a man who is a badass all right but also a geek, a man well read, a talented artisan, and last but not least a man who unabashedly can dance the two steps or electric slide and still keeps his badass vibe. This is just plain HOT.
"Isaac would never hear the end of it from his brothers if they saw how much he loved this hippy shit."
On the other side we have Lilli, clever and beautiful badass extraordinaire. She's a strong straightforward woman who has little patience for bullshit people and their crap. Amongst other things, she's highly educated, speaks 8 languages, fights like a Ninja and she didn't stop at Signal Bend by chance.
"Harder? Jesus Christ. He found something more to give her. And then, thank the blessed baby Jesus, she was screaming, her nails embedded in his forearms." LOL!
Together they are hot. I liked how they managed to compromise and find an equilibrium between their diverging goals and surprisingly enough, Isaac was more at ease with his soft side than Lilli.
"No lies, Lilli. If you can't tell me something, at least tell me that but no lies."
My overall feelings about the book:
I really liked the story and how it was told but even though I liked the contents of the flashbacks I found that they cut off the flow of the story.
The author built great characters, main and second. I also really liked how she wrote the sex scenes. Sometimes while reading romance books, the build up is great but when we arrive to the sex itself, some authors lose me because it becomes borderline or plain boring. But here it was not the case, Susan Fanetti has a style that I would qualify as direct but still she manages to keep it hot and interesting.
I gave it 3,5 stars instead of a straight 4
SPOILER:

Lilli had to be rescued at the end. I mean why build a badass heroine if she can't manage by herself when the shit hit the fan?


"Um, sport? What's this?"
"Falafel. Never had it?"
He shook his head. "I ask again: what is it?"
"It's fried chickpea balls in pita bread, with greens and a spicy sauce. It's good." [...]
"None of the words you just said is a meat." He set his plate aside and opened his Mountain Dew.
She laughed and rolled her eyes. "Dude. You're not even going to try it? I asked what you wanted, and you told me to surprise you. Well, surprise!"
"I thought you'd be picking between a steak sandwich and a bratwurst! Who even came up with a stupid word like falafel? Sounds like a frog with tonsillitis."
"It's Middle Eastern, and you are being a big baby. At least try it. I promise you won't turn into a vegetarian if one meal you eat in your life doesn't have an animal in it."
I would like to thank my lovely friend Baba for buddy reading this book with me. It was a beautiful ride.