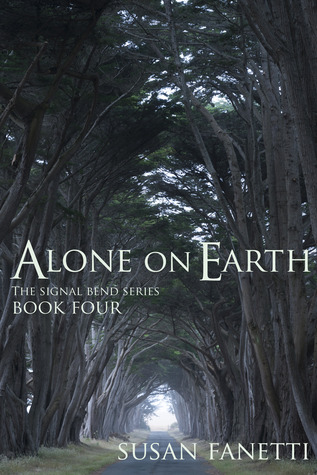 Signal Bend, Missouri and the Night Horde MC gained notoriety after a shootout on Main Street brought down major players in the Midwest meth trade. The media have turned the Horde into folk heroes, and Hollywood wants a piece of that action.

Riley Chase is America’s Sweetheart, with a starring role on a popular television series, and now she’s the lead actress in the movie about Signal Bend. In Hollywood she’s hounded by the press, without the luxury of privacy or secrets, forced to play out her most intimate moments, even tragic ones, on a public stage. In Signal Bend, she’s nearly anonymous, able to discover who she is behind her image.

Bart Elstad is the Horde Intelligence Officer. His responsibility is to keep the club’s secrets buried, especially while the world is looking their way with a long distance lens. He’s in charge of the actors while they’re in town to research their roles.

Bart and Riley forge a quick but intense connection. A casual connection without expectations soon deepens, far more than either of them could have predicted. He sees the woman behind the starshine. She sees the man under the leather. Two very different worlds merge for a brief moment, but reality can’t be suspended forever.

Chaos breaks loose both within and beyond the club. Tensions that have been simmering boil over, with catastrophic consequences. The Horde’s most powerful allies, concerned that their secrets might be exposed in the spotlight of fame, become dangerous enemies. Riley gets caught in the middle. With the future of the Horde in the balance, Bart makes a sacrifice that will change the club, and his life, forever.

So far, this book was the worst in the series and a total mess.

The main no-no for me:

The heroine.
I'm sorry but it's hard to find a more TSTL heroine than Riley. And she is supposed to incarnate Lilli... *major eye roll*

The plot.
The whole Scorpion business absolutely makes no sense. Worse, doing what they are doing in the book is susceptible to bring exactly what they claim they want to avoid. It was obviously the author's pretext to make Bart move to L.A. and brings some action to the story, too bad she didn't think her idea through. And to show that she isn't afraid of one more contradiction, while doing all their useless drama in Signal Bend we learn that the Scorpion are considering a reality show of their MC in L.A.. What. The. Hell?!?!?!
Also, I don't see how Bart leaving solves their so called issue. *rolls eyes*